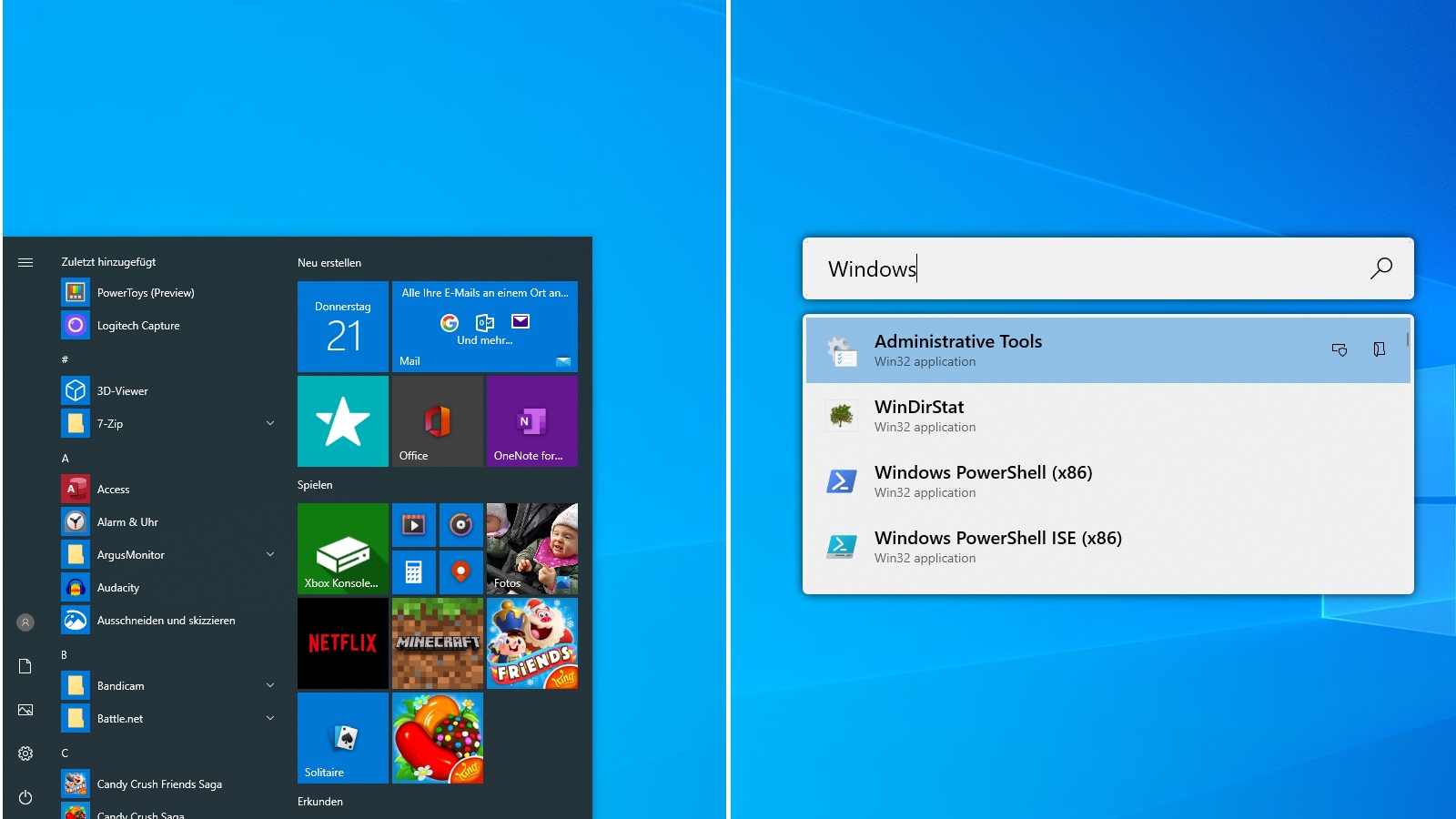 On the left you can see the well-known Windows start menu, on the right the new search field of the PowerToys Run tool.

It is part of a collection of small aid programs that you are currently using in the Version 0.18.0 at Github download and install for free. The tool requires Windows version 1903. One of his role models is Wox launcher.

At its core, PowerToys Run is a search function similar to that of the Windows 10 start menu, but it should be gradually expanded – and could become a central point of contact in Windows 10.

After installation, your PowerToys Run opens by default using the key combination »Alt + space«. You can change the combination by right-clicking on the PowerToys icon in the taskbar and changing to the “PowerToys Run” menu.

By pressing the key combination, a large search field appears in the middle of the screen, similar to the spotlight function of macOS.

So the tool is already a certain mixture of the search function of the start menu and the execute command, which can be reached via the key combination »Windows + R«.

PowerToys Run is to be expanded

According to CNN it should not remain with this range of functions. It is planned that the tool can also be used to perform searches on the Internet – and to open the appropriate results using a browser of choice instead of just using Microsoft's Edge browser.

In addition, the range of functions should be expanded so that all commands that can be used via the Run window also work with PowerToys Run.

There are still problems with PowerToys Run: For example, if we enter the letters “network” in the Windows Start menu, we are suggested various Windows network settings. In contrast, they do not appear in the tool, even if we limit ourselves to the English »net«.

Such problems should be easy to fix. In any case, it cannot hurt to keep an eye on the development of the tool.

What are your focal points in Windows 10? Have you already had your own experience with PowerToys Run or can you recommend similar tools? Feel free to write it in the comments!