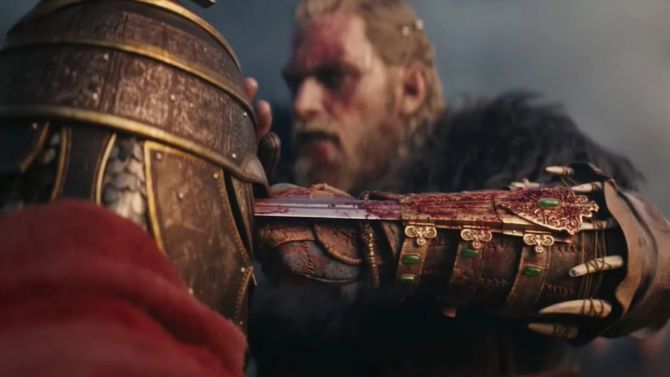 Originally, the Assassin's Creed series gave pride of place to infiltration and silent execution methods, it was a little later in the series that our assassins became veritable war machines. However Ubisoft wishes for its episode Valhalla to bring up to date the famous secret blade.

In popular culture, the secret blade ofAssassin's Creed has become a symbol. It is clear, however, that it had limited use in recent episodes. She was even completely absent from Odyssey.

at the base it had the particularity to assassinate (it is the case to say) an enemy in only one time. And it is in particular the absence of this function that many fans regret.

Well for the Vikings episode, Ubisoft wants to bring this stealth weapon back to the front of the stage.

So Kotaku who was able to interview Ashraf Ismail, creative director ofAssassin's Creed Valhalla got this information:

We continue with the idea that Eivor is not a deadly assassin. Eivor is a Viking who receives this badass weapon and must learn very quickly. At the start of the experiment, Eivor will learn a technique that, with the right timing … can kill almost anyone at once.

So that's good news for a good part of the gaming community. For the record, the game is planned for PC, PS4, Xbox One, PS5, Xbox Serie X and Stadia for the end of 2020.

The Culling 2: return with a bizarre concept