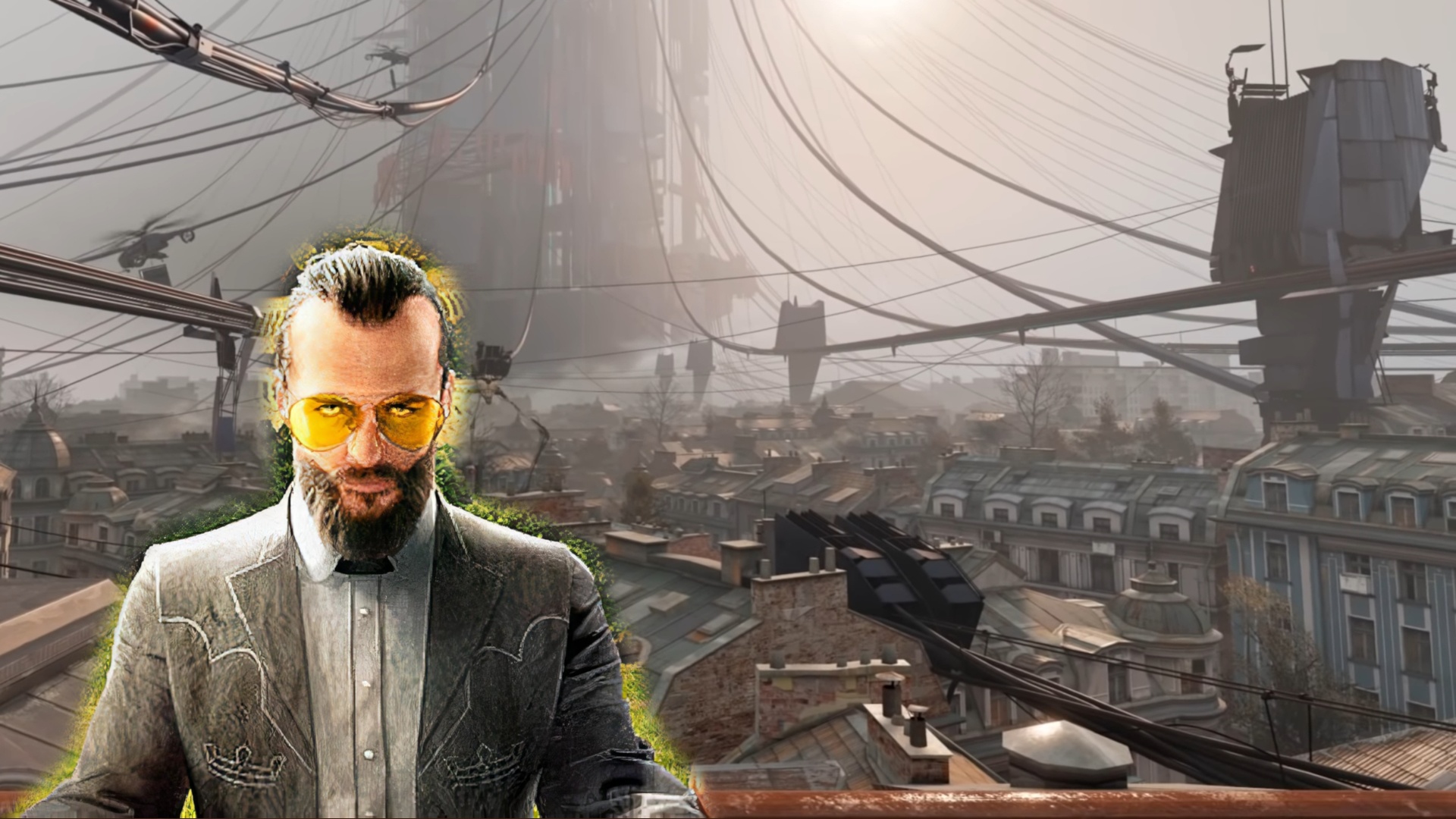 Fancy half-life: Alyx but no VR headset at hand? A modder has reproduced the entire opening sequence from the shooter from Valve in Far Cry 5 with great attention to detail, and offers the map for download. So you can at least a small part of the game play without VR.

This is what Far Cry: Alyx offers

You start at the viewpo int of Alyx in City 17 with a view of the citadel and can explore this area completely freely. The modder even thought small details

like adding the radio or the sponges in Alyx's shelter. Due to the engine of Far Cry 5 you can not play around with them like in the original.

There are some differences: While Half-Life: Alyx uses the first level much more to familiarize you with the VR mechanics, shootouts are common in the Far Cry Map. After you defend yourself against an attack by enemy soldiers, you go into an elevator and the mission ends.

On the left you can see Half-Life: Alyx. On the right the same scene in Far Cry 5.

If you want to play through Half-Life: Alyx completely without VR, you have to resort to other mods. As Valve predicted, some fans managed to remove the addiction. However, that works not quite as smooth as with a corresponding head-mounted display.

However, you can take a complete tour of City 17 in Minecraft. The modders nezoGG and Saul357 are currently working on one Replica of the dystopian city and can also show some scenes from the start of the game.

Other projects, on the other hand, take a different path and try, for example, to port Half-Life 2 into the engine of Half-Life: Alyx, so that you can experience the story of Gordon Freeman in VR.