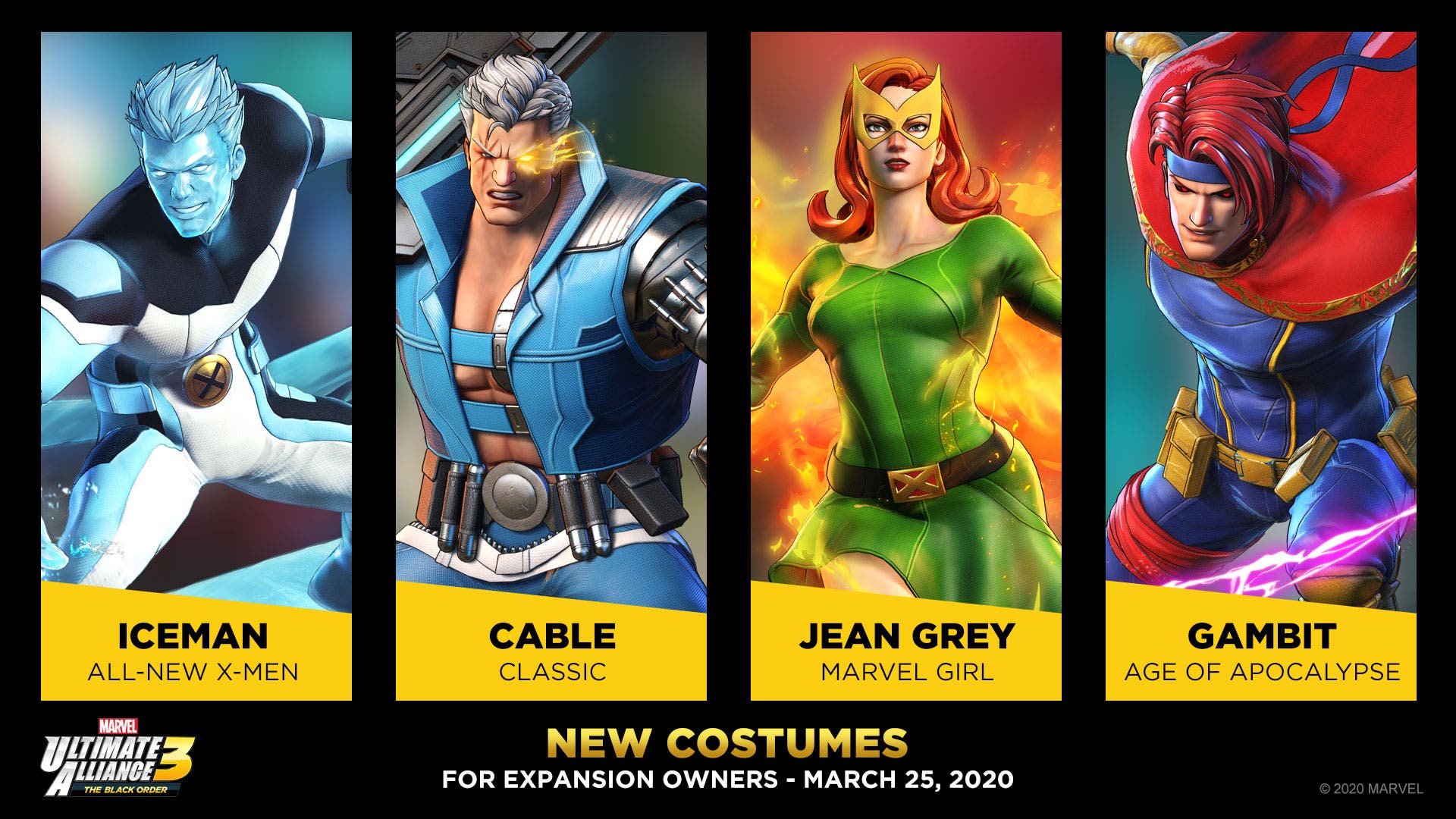 Here we bring you good news for fans of Marvel Ultimate Alliance 3: The Black Order. More outfits have been confirmed to launch in-game on March 25 today.

These are outfits that will be available through an update that will be released in the game. In this case, suits have been confirmed for Iceman, Cable, Jean Gray and Gambit

, as you can see in the image above. However, it seems that in this case they will be exclusive for users of the expansion pass .

As we mentioned before, the March 25th Ahead of the premiere of the Fantastic Four DLC. What do you think? You have our full coverage of the game, including previous confirmed costumes, at this link.

Advertisement
Related Topics:AllianceconfirmsExpansionigamesnewsMarvelPasssuitsUltimate
Up Next