The Sony people have been trying to find their place in the smartphone market for a while, in order to merge with other companies like Apple, Samsung or OnePlus, and the fact is that it is slowly appearing to be successful.

When they introduced the Xperia 1 in 2019, there was a change in the Japanese company's plan, first introducing a 21: 9 smartphone.

Now, he is moving that high-end, refined design into permanent phones, starting with the Sony Xperia L4.

Here's more about our experience over the phone: is its outstanding construction enough to warrant errors elsewhere? Keep reading!

The first big thing in the L4 design is a 21: 9 ratio change. The most obvious difference is from last year's L3 model, and the first time that Sony has brought this small and long format to its line Smartphones budget.

Their effect on the user experience remains very similar to the 2019 Xperia 1 and Xperia 5. Although they only have a 720p screen, most movies look amazing in their traditional format, which is not of any kind. amputation.

On the other hand, it returns a teardrop notch, something that is not with Sony's expensive phone. That notch stays with an 8 MP camera, without supporting facial recognition.

With a large wide chin, the phone can be written at least initially, even though you are used to it. 79,5% of screen-to-body ratio is not necessarily a risk factor, but even low-budget phones remain as high as 85% in this regard.

The unusual feature variant also makes the 6.2-inch phone almost impossible to use with one hand. It is standard for most phones over 6 inches, but its effects are enhanced at such a high screen.

With many similar budget phones today, the 21: 9 screen is a surefire way for L4 to stand out from the crowd, but its use causes other problems.

Another way to create a key is a fingerprint scanner. As with the Xperia 5, the patent issue means that it can't be attached to the power button, so the last one is placed neatly under the device's side.

The sensation itself works very well, and it was so successful in our tests, that we even used it with a small, surprisingly wet finger.

Another notable addition is the 3.5mm headphone jack. Although Tony has made it back to his Xperia 1 II world from 2020, it has been a constant feature of the Sony mobile market.

Turning the phone around you see three rear cameras, with a large 13 MP lens attached to 5 MP and 2 MP deep sensors. Finally it means that the L4 is capable of taking photos in photo mode, but we'll have more on that later.

The back of the phone is where the plastic construction is most noticeable, though it doesn't feel cheap like its predecessor. That is especially noticeable in the black model we tested, even though it is available in a contrasting look with blue eyes.

We are comfortable enough to test the phone without charge, and the Corning Gorilla glass screen means you can be sure it's more powerful than other devices.

The Xperia L4 specification is very basic. It is powered by the MT6762 Helio P22 processor and is only available in one configuration of 3GB of RAM and 64GB of storage. The latter can be expanded with microSD.

Based on performance tests, the Sony Xperia L4 works better than the 2019 Xperia L3, but it still lags behind in some budget calls.

On the other hand, this is a high-level situation where we find that the points of reference received are not necessarily representative. With this being said that while the performance results are not very good, we can at the same time confirm that we have enjoyed using the Xperia L4 in our day to day.

In fact, their performance, in all our activities, not the most demanding jobs, has been excellent.

The user experience navigation is smooth and smooth, with Sony's interpretation of Android definitely contributing to it.

It may not be suitable for users who are in high demand or who want to use the phone to play video games, however, for everything else, it can be a good option.

The Xperia L4 comes with Android 9 Pie, and unfortunately there is no indication if it will be able to upgrade to the Android 10 version.

That means you won't have advanced controls for permission settings or new sources, even though, frankly, it wasn't a big risk when we used them.

Interestingly, Sony has released a pool which means it will have a wider selection of black system mode, so that's something. The company's phones also accept body vibration, so you don't have to worry about losing that.

The subtle variations of the touch of Tony's hand mean a slight learning curve, but once I get used to it, I definitely won't go back to the traditional screenshots.

As always, you can return to traditional boxing directions to the stall.

As I mentioned in the previous section, this is an assumed definition of software Google is infrastructure-focused.

The main point in its popularity is that it is very small software swelling. In fact, the basic music player was the only app we could see that wasn't available on Pixel phones. Photos from the camera even go to Google Photos, instead of a gallery app we see often from other manufacturers.

This makes it great if you invest heavily in the Google ecosystem, though the flexibility of Android makes it easy to add alternatives and change the look of your app.

Leaving aside the lack of reviews, software The Xperia L4 is very fun to use.

The Xperia L4 comes with a triple rear camera setup, though that fits the course when it comes to low-end modern phones. The 13 MP wide sensor joins the 5 MP wide and 2 MP deep sensors.

Unfortunately, even though it sounds good on paper, the L4 cameras aren't great.

As you will see in the samples below, you often have exposure problems. Of the many shots we took, either the back was thin, or the black material in the front could be exposed. 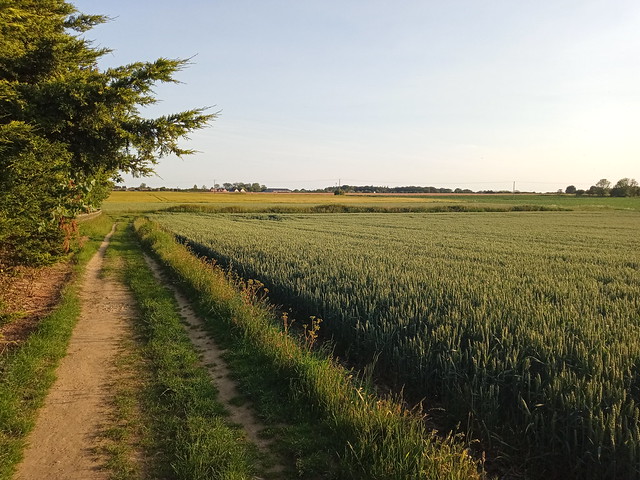 At the same time, you can also see in the examples in the gallery that when light conditions are favorable, they can take great pictures. On the other hand, we will never forget that this phone costs less than 200 euros.

As for video, the phone is capable of recording 1080p video at 30fps, and there is also a chance to take advantage of the 21: 9 recording rate.

The recording goes well if you plan to keep the movement to a minimum, but they will quickly merge with something else due to the lack of image stabilization.

The Xperia L4 comes with 3580mAh, more than 3300mAh on the L3. Although there is a mirror of the same solution, its performance in the Gebench 4 battery test was much lower than before.

8 hours and 48 minutes is above average when we compare all our phones, but I expected it to be closer to 11 hours and 6 minutes from L3.

It will allow you to spend all day without problems, but it is far from competitive with our advanced battery charger.

One place where it worked well was the wait time; We can leave the phone with less than 5% battery for hours without completely draining the battery. This is a place where some Android phones make a flounder, so it's worth considering.

The phone supports 18W fast charging, though it is a separate “available soon” supplement at the time of writing.

It charged 22% of the battery within 30 minutes of shutting down with the adapter in the box, so it took about 2 hours for a full charge.

The Sony Xperia L4 costs 199 euros when you buy it straight from Tony, and 189 euros if you buy it in between Amazon Spain. Available in black and in single configuration 3GB of RAM and 64GB of storage.

It should be noted that the Sony Xperia L4 has some very good competitors. Mobile options with similar prices are the Xiaomi Redmi Note 9S or Oppo A5 2020.

By itself the Sony Xperia L4 itself offers good value for money, its only fault is that it competes with mobiles at very similar prices and with some better specifications.

The Xperia L4 stands out above all in its design based on a 21: 9 factor ratio, something that will undoubtedly attract many users. This format allows you to watch movies in their traditional format, which is unique.

We loved you and the best of her software, though based on Android 9 instead of Android 10.

However, we are somehow confused by their cameras. If you take pictures in a good light you can get great results, however, if there are no good lighting conditions it does not end up being totally beautiful.

Other conflicts may be its internal definitions (not very powerful ones) or the teardrop notch the camera is stored on selfie.