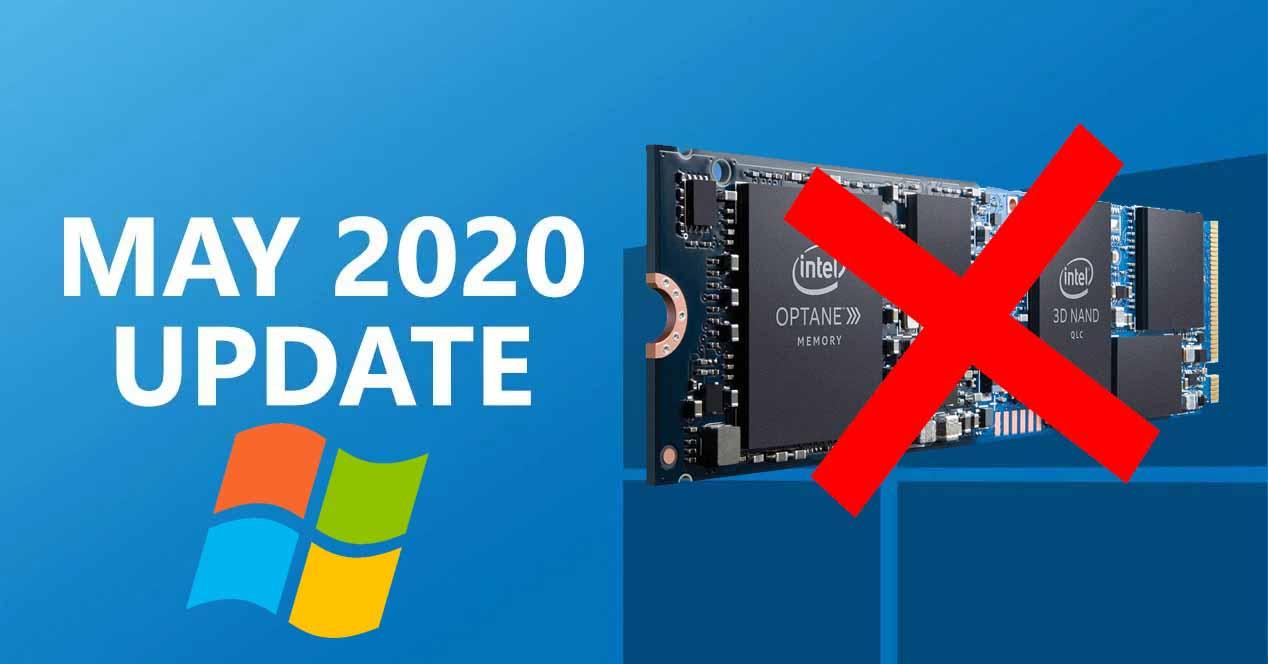 There is a way to force Windows to update again to use the Windows Media Creation Tool to force a Windows update, and in this case users can upgrade to the May 2020 Update, they often find the error “Intel Optane Memory Pinning”, which can download DLL «iaStorAfsServiceApi.dll », in addition to performance issues.

For most users, new Windows 10 updates are automatically installed or, at the very least, “recommended” to update when available. However, users with Intel Optane on their PC found that they were unable to update Windows, found a compatibility error.

So if you have one Intel Optane you can't update Windows? Yes you can and we teach you to do it, even though we have already warned you that it is best to wait for Microsoft to solve this problem

This happens because the update removes this library from the system, and the way to configure it is as follows: right-click the start button and select “Settings and Symbols”. Check out “Intel Optane pinning Explorer extensions” and uninstall it.

After uninstall you must disable Intel Optane from the app «Intel Quick Storage»That you should have installed on your system if you are using Optane on your PC. Open the software in the Intel Optane Memory tab, just select “Disable”.

Once it's done, you have to restart the PC, and when it restarts, go back to Intel Rapid Storage and activate your Optane memory again. Restart your PC again, and from there, everything should start working properly. If after doing these steps you still get errors, then unfortunately the best thing you can do is to go back to the previous version of Windows 10 and wait for Microsoft to fix the problem.

Microsoft has known about this problem for months.

In Windows Insider, where you can test out a new Windows update a few months before its release, users have already submitted this compatibility issue for months.

This is a problem because Optane Memory Pinning should have been transferred to a new update, but the files did not, even though they are still in the Windows Installer repository.

This means two things: on the one hand, which is obviously a failure of Microsoft because the update does not affect the dll (libraries) of the program, on the other hand that Microsoft already had at least two months' notice and did nothing to fix it. It is true that Intel Optane users represent a small percentage, but even then this poses a serious problem for those who use it.