Hello Alexandre Pernot Lopes here, co-founder and creative director of Trebuchet. We’re the team behind Prison Boss VR, a crafting and contraband game that released on PS VR in December 2018. Prison Boss VR was all about making a game in a limited play space, hence the prison theme. For our next game, we wanted to roam free, and that’s exactly what you’ll be able to do in Winds & Leaves, our next title coming out this spring as a PlayStation VR exclusive. 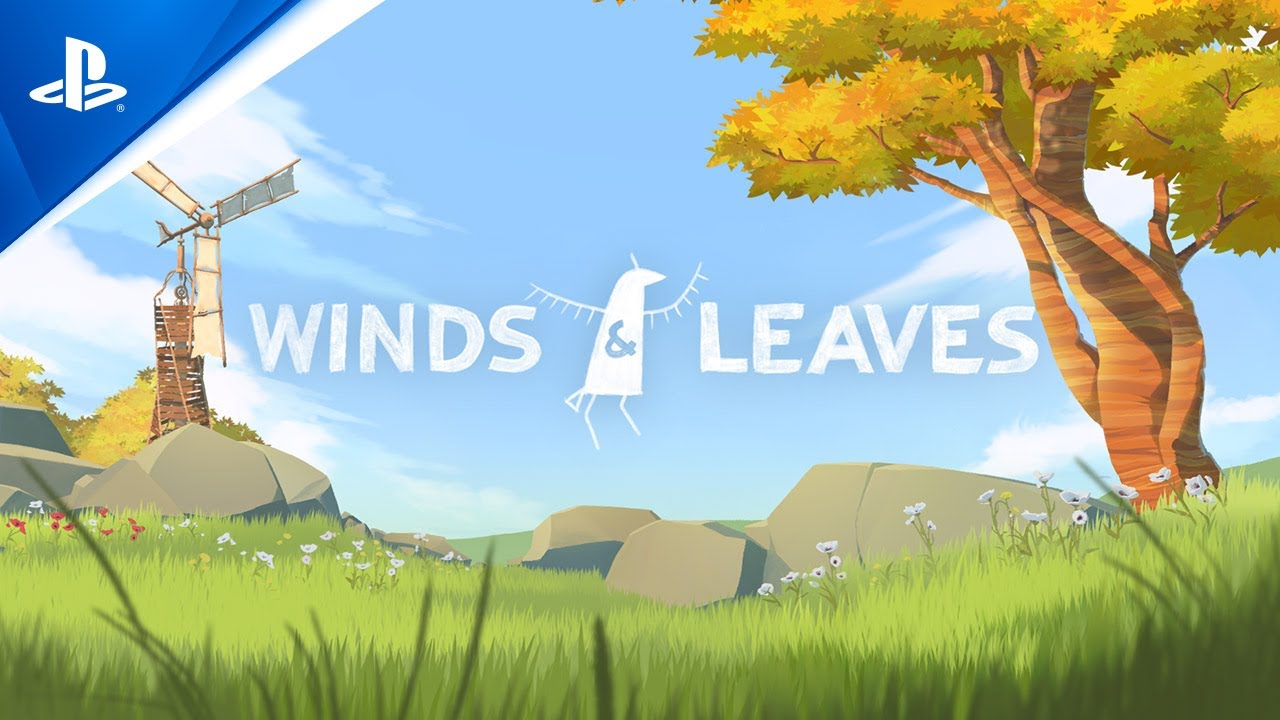 Winds & Leaves is a game about regenerating the flora of a world. The fantasy we set out to recreate was being able to grab your shovel, dig a hole in the ground, plant a seed, and see beautiful trees come to maturity. After repeating this a few times, you would turn around and realize you just created an entire forest.

The world of Winds & Leaves was born from the fusion of various inspirations. The general mood and pace were strongly influenced by the man who planted trees, an old French-Canadian animated short about a hermit who spends his entire life cultivating forests on his own, one tree at a time. Winds & Leaves’ art style uses simple shapes and a colorful palette inspired by traditional ink and paint backgrounds to represent the contrast between arid lands and lush forests created by the player.

Early in development, we started thinking about ways to make this engaging with VR. We wanted to have a peaceful experience, but not a passive one. Introducing our unique locomotion system, the stilts, allowing you to feel every step you take with your PS Move controllers. You can increase or decrease them to suit your pace, or to reach fruit higher in your trees. The stilts can also retract so you can climb to the top of any tree to monitor your surroundings.

We wanted the game to be non-linear, so the regrowth process could feel more organic. Therefore, you can plant anywhere, as long as you have the right fruit to suit the soil conditions. When the trees start to grow, the grass on the ground begins to spread. The landmarks you come across may grant you access to new fruits or equipment upgrades. They all need to be turned on to grow the right vegetation in the right place. We wanted you to feel like the missing link that can trigger the rich flora buried under infertility.

PS VR has allowed us to design a simulation experience that is both contemplative and hands-on. Grabbing your tools and picking your fruit quickly becomes second nature with the PS Move controllers in your hands. With the adaptive soundtrack that reflects the region you pass through and the amount of vegetation around you, the whole world literally comes to life.

Winds & Leaves is the biggest project we have ever done. It was an amazing bumpy ride working on this game. As if a pandemic weren’t enough, we had to deal with an office fire (we didn’t need one anyway I guess), another home fire. me (it ended well, but don’t bake garlic bread), the CEO losing most of his teeth after a fall from a bike (always wearing a helmet) and our level designer’s dog ran away during of a meeting (he found it after interviewing the whole neighborhood). On the plus side, we’ve welcomed a bunch of new faces to the studio to help make this game a reality and I’m so proud of what our awesome team has come up with, the last year entirely from home.

We’ll be sharing more Winds & Leaves in the coming months as we work on the end of the game. Follow us to stay tuned and soon we’ll be bringing this world to life!