Fans are starting to upload mods for Star Wars Battlefront 2 based on the surprises included in the season 2 finale of The Mandalorian, which aired last week.

Many Star Wars fans have been engrossed in the weekly release of The Mandalorian Season 2 on the Disney Disney + streaming service for the past few months. The season 2 finale officially launched on Friday, December 18, introducing a host of things that are sure to leave audiences eager for The Mandalorian season 3 in 2021. Meanwhile, some have already jumped in to add content to games like Star. .

Wars Battlefront 2 through mods. Spoilers below for the season 2 finale. Pedro Pascal’s Din Djarin and his partner Grogu (who was revealed to be The Child / Baby Yoda’s real name) have become iconic members of the Star Wars universe in the short time since The Mandalorian began airing in late 2019. The duo headlined Fortnite Season 5. , with a focus on bounty hunters, and fans have been modifying Mando in multiple games, including Star Wars Jedi: Fallen Order.

However, other important characters on the show have also caught the attention of fans. For example, on December 18, Nexus Mods user SiRME24 uploaded a mod that added Boba Fett’s version of The Mandalorian to Star Wars Battlefront 2, EA’s first-person shooter released in 2017. A scene after the Credit on the season 2 finale revealed that Boba Fett will be getting a spinoff show on Disney + next year, and the Battlefront 2 review mod includes his various appearances on The Mandalorian.

Much more exciting for fans of the show and the original three Star Wars movies will undoubtedly be another mod from Nexus Mods user dunno123. This adds the new look of surprise cameo Luke Skywalker, as well as the introductory music that plays when he appears to save Mando and his friends from an army of Dark Troopers droids. This Star Wars Battlefront 2 mod is notable for how quickly it was put together, as it was uploaded today, December 19.

The fact that The Mandalorian showrunners kept Luke Skywalker’s surprise appearance, voiced by Mark Hamill, a secret throughout this season’s production and run is impressive given the prominence of online leaks. Its appearance will undoubtedly drive a lot of fan projects like this Battlefront 2 mod, and similar things should appear in the future as Disney releases spinoff shows like an Ahsoka Tano series starring Rosario Dawson.

Star Wars Battlefront 2 is available now for PC, PS4, and Xbox One. 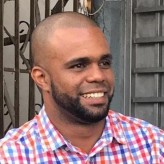