Forge from Apex Legends was Respawn's way to fool Dataminer.

Surprising players today with big announcements is hard. Thanks to leaks and data mining, much information comes to light much too early. Respawn Entertainment, the developers of Apex Legends, don't like this at all.

Since it keeps popping up:

Leaks are the absolute worst. I've never worked on a single project where it was purposeful or wanted.

We spend insane amounts of time and energy to create cool surprises. Really sucks when someone wants internet points bad enough to ruin that.

And now they admit that they just announced the legend Forge for their Battle Royale shooter, to mislead Dataminer. Director Jason McCord explained this in an interview with the Dotesports website.

What did Respawn Entertainment do?

Shortly before the fourth season of Apex Legends started, players were certain: Revenant would be the next playable character. But in an update from November 2019 Dataminer found evidence of a legend called Forge. Complete with names and skills.

Finally, Respawn Entertainment created a complete PR campaign around the character. Its release was already officially announced on the game's website and it was also the focus of its own story trailer. At the end of the video there was a shock: Revenant – the real new legend of Season 4 – appeared and killed Forge without further ado. 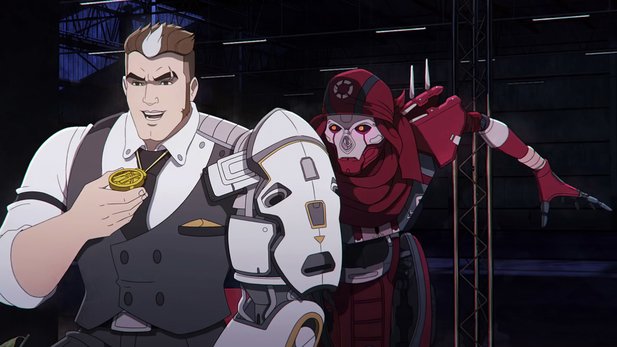 
Revenant interrupted the introduction of the legend Forge in Apex Legends

The idea of ​​duping Dataminer in this way goes back to the designer Rayme Vinson. He was bothered by the fact that Respawn no longer surprised the players, but Dataminer was always faster. And McCord didn't like the fact that the honor of disclosure was always taken away from them. He says:

"Honestly, it started out as a fun way to mislead Dataminer, who at the time thought they'd found our next legend and ruined our surprise. We deliberately put the wrong artwork and Forge kit into the patches so that People are already counting on his announcement. It's gone. I can't think of any other game that has ever done this. "

The players were definitely surprised. Ironically, however, even this gag got short leaked before the actual unveiling: The video was accidentally put online too early. However, many players of Apex Legends will be more careful with information obtained through data mining in the future.