The WoW Shadowlands Alpha has started – but not all fans are happy.

Blizzard announced last night, April 6, 2020, officially the long-awaited launch of the Alpha for the new WoW expansion Shadowlands. The developers also gave in one detailed blog post the pact skills for the classes of the MMORPG and announced the return of a much desired feature – but the fans still react disappointed.

WoW Shadowlands Alpha – All information about the start and registration

What is the Shadowlands Alpha? This closed alpha phase from WoW-Shadowlands is a test phase for the new content of the upcoming WoW expansion, in which non-Blizzard employees can also participate for the first time. The first players can already set foot in the new areas later this week.

As befits an alpha or beta, you cannot currently try out all the contents of the new expansion in the Shadowlands Alpha. In addition, Blizzard will make various adjustments in the course of the alpha and beta phases – the Shadowlands of the Alpha will therefore look different than the Shadowlands on the WoW live servers.

WoW Shadowlands wants to do everything better with these 4 features

Blizzard also plans to release more content when developers consider it ready for testing, including additional zones and dungeons.

How can I register for the Shadowlands Alpha? Those who want to participate in the WoW Shadowlands Alpha can register on the official website of the WoW extension. To do this, you have to log in with your Battlenet account and click on the corresponding button.

Attention: Blizzard does not send separate invitation links! If you receive a corresponding email, it is almost certainly a phishing attack. If you get access to the Alpha, you can access the Alpha server directly via the Battlenet app at Version -> In development head for.

What happens after the closed alpha phase? Blizzard will host a beta phase after Alpha ends. This beta should also be accessible via an invitation system. It is not yet clear whether Blizzard will continue to deliver an open beta that is freely accessible to all players.

Which feature comes back into play with Shadowlands? Blizzard has announced the return of a dedicated PvP retailer in connection with the launch of Shadowlands-Alpha. This dealer existed before WoW: Legion, but Blizzard deleted the NPC with the expansion.

The PvP dealer is said to be loud in Shadowlands a blog post by Ion Hazzikostas Sell ​​PvP items for capture points. Players can also upgrade this equipment, similar to the benthic equipment in Battle for Azeroth. 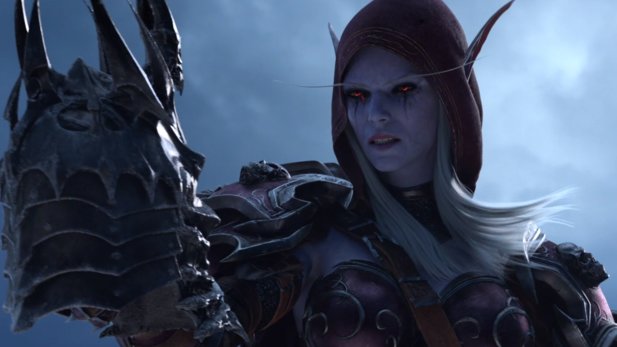 In any case, the fans react enthusiastically to this adjustment. A player named Drownlord describes the PvP retailer as "the most important change", while Luxarion is pleased that there are finally things "that you can work towards and don't have to hope for luck".

Blizzard has also commented in detail on a key new feature of Shadowlands, namely the pact capabilities. And so far the fans have been rather disappointed.

What about Shadowlands pact capabilities? The packages are one of the central contents of WoW Shadowlands. There are four factions with which you can conclude such a pact and which will then equip you with special signature skills for your class.

The signature skills range from teleports and increased movement speed to shields and damage reduction as well as reinforcements of your own damage spells. You will find one Complete overview of signature skills on the official WoW Shadowlands blog.

Why are the fans dissatisfied with the pact skills? After the announcement of the first pact capabilities, the WoW community has expressed a number of criticisms of the system, both in official WoW forum as well reddit. Players fear …

Whether Blizzard can get WoW fans excited about the pact system in the long term, in addition to balancing the skills, should also depend on how easily players can change the pact skills in live play.