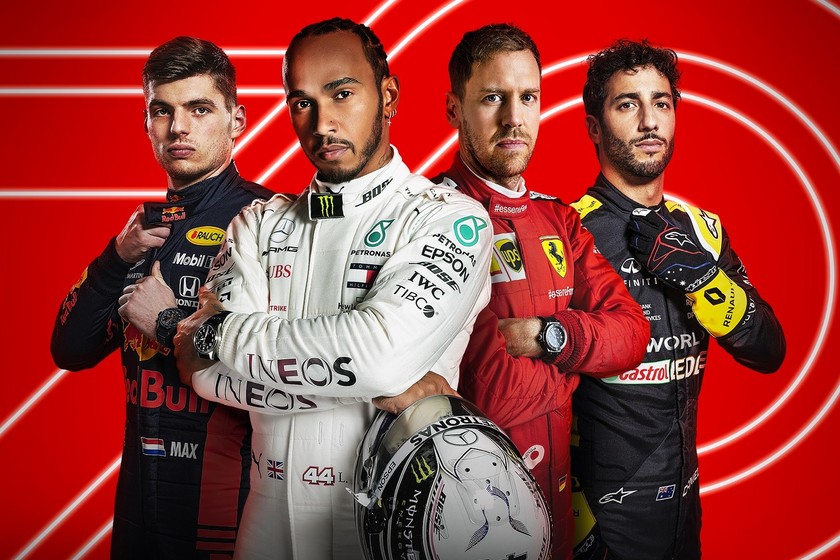 For motor enthusiasts, video games have become the best way to escape in a particularly difficult year. Which, on the other hand, makes F1 2020 receive much more special attention and expectations. Luckily for everyone, and as in those overtakings in which one plays the podium, Codemasters He has known how to take advantage of the moment with a new installment with good ideas that is simply impeccable in the playable and visually it is still a true wonder.

The philosophy behind the saga F1 We already know about Codemasters: instead of unifying multiple engine experiences in one game, the British focus on design and shape the best version of each competition and championship through exceptional titles. Works that seek to offer passionate people an experience that meets their expectations. The most complete and realistic, protected – of course – in the advantage of have all official licenses.

F1 2020 It does not deviate from this premise, but it also seeks to be the definitive starting point to tackle a saga that, despite being annual, does not stop improving with each new installment with successful additions.

A title that, after putting it to the test, already betrays its intentions: Codemasters wants to capture and captivate all those passionate about the queen category of motorsports, even those who may not be good video game players, but who live Formula 1 like the one plus. And, at the same time, offer its fans and the faithful player everything that turns the F1 series into an exceptional motoring experience.

A double challenge that has left us very positive feelings through the version to which we have already had access: Codemasters surprises again in all sections and introduces -or recovers- news that will delight both new and veteran. After all, F1 2020 wants to be an extension of the celebration of the 70 years of Formula 1 that are celebrated this same year. An anniversary in which all motor enthusiasts are invited.

Being the official game of the FIA ​​Championship is a very powerful claim: as every year, Codemaster puts us ahead all the official teams, all the drivers and the 22 circuits of the FIA ​​Formula One World Championship 2020. A luxury. And what is better: it is noted that, after several deliveries, they have taken the point from the Unreal Engine, being able to surprise us again with their finishes. But of course, What really captivates us about F1 2020 are its sensations behind the wheel.

In addition to offering some amazing replicas of the cars, the level with which each circuit has been recreated – especially the new ones – is once again spectacular. Enough so that stopping the race, accessing the photo mode to fiddle with your possibilities is an experience in itself.

From the environmental details or the rain to the appearance of the public that fills the stands from afar. On PC, the version we tested, the photo mode even allows us to take photographs of what they have called super resolution (images of 500 Megs or more), being able to adjust environmental conditions, the time of day or the type of wheel on the fly of our car and that of our rivals. Even create 360º photographs. The result at the end is the same: it is to be amazed in front of the screen.

And although getting lost in the details of the circuits or the cars (destructible, of course) will fill motoring fans, the secret weapon of this edition is found in the gameplay: Codemasters retains the driving system of previous editions making it almost palpable the feeling of speed and rewarding that we make the curves and the overtaking with masteryBut it also adds new nuances for the most demanding players and accommodates the difficulty for those who want to see a Formula 1 show from the cockpit.

How can this be accomplished without derailing into the arcade experience? Codemasters' answer is to secure and make all kinds of adjustments and allow the player to always tailor the experience to what they want to find in the gameSo elements like brake assist, traction control, or the use of dynamic tracing are blurred so beginners only have to worry about cornering, overtaking, and accelerating at key moments.

This is not an autopilot, far from it, the Formula 1 driving experience, even in the most generous difficulties, is still present. After all, they are adjustments that we can configure individually or in bulk added to great details that make the difference: if we play as rookies we will suffer much less when taking our car from the track and it will even be returned to us if we stray too far to that returning to the race is not frustrating.

Small and large adjustments that seek to bring the set closer to everyone.

Now tanners, those who compete from home with steering wheel and pedals on PC and consoles, will also receive new layers of realism: every year Codemasters is dedicated to transmitting the sensations of real pilots to the game This can be seen in the improvements in gameplay or the way our vehicle reacts to different types of surfaces. To which we must also add essential details such as the possibility of accommodating the on-screen interface in all systems and its reorganization of shortcuts so that Modifying the parameters in the race is more intuitive.

In either case, F1 2020 It impresses by conveying ambitious realism that is not obscured by intense sensations of speed consistent with what is expected from the world's most popular and prestigious motorsport championship.

F1 2020 promises full immersion, and knows how to offer it

As we discussed, the new circuits, the sensational finishes of the models and the best and most customizable sensations at the wheel are some of the maximum claims of F1 2020, but it is not all that Codemasters will add in this year's edition. Beyond the return of Formula 2 and the celebrated campaign mode that allows us to live an authentic career as a professional pilot, the first thing that our eyes go to when reviewing the menu is also a joyous reunion: returns multiplayer to split screen.

Although it is true that the visibility on the screen is reduced by half – which kindly invites us to change our view if we usually play from the cabin – the experience of competing with a second player is still a guarantee of spikes and laughter.

As a whole, our contact and forced return to the official game of Formula 1 transmits great sensations, at the same time that any fear is dissipated to find ourselves before an annual installment with superficial and conservative innovations in the essential. All in all, and despite the fact that we did not have access to all the content, we were left with a thorn in the face of this version: we could not get the gauntlet to the new mode My team.

In essence, My Team promises to be a very different experience to Career mode in which We are invited to create a new team from scratch. We must create our own image and identity, hire staff, obtain sponsorships, improve our facilities, carry out all the procedures for our project and, of course, pilot our own car with any of the official motors of the competition and our own design.

The idea proposed by Codemasters is that we create the 11th official team of the FIA ​​Formula One World Championship 2020 and we do it to our liking. And not only that, that we plan and notice our improvements and fight more intensely for each corner, for each new signing, for each award and for each podium.

The ultimate Formula 1 experience from home? Well, in not too long we will know: F1 2020 will go on sale next July 10, 2020, just before the celebration of the Great Prize of Great Britain. And those who bet on the Michael Schumacher edition they will be able to release a single-seater and a team three days before. Codemasters are not only passionate about the motor, but they don't stitch without thread.

New street gang confirmed for the world of Cyberpunk 2077

Waking Trailer: Your Introspective Journey Will Begin In June