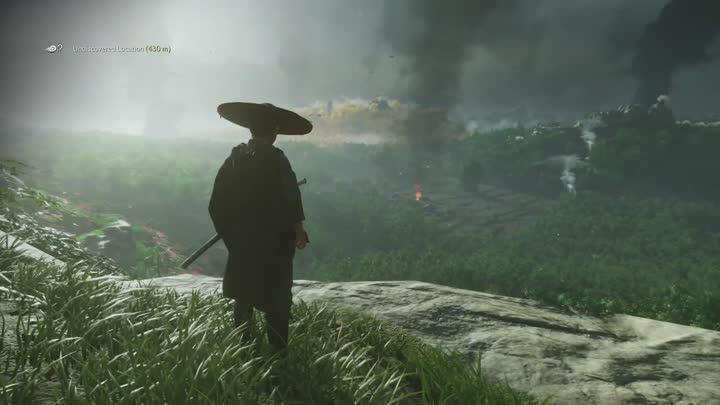 Relatively discreet since its announcement, the highly anticipated Ghost of Tsushima took advantage of the latest State of Play to date to reveal itself through a long 18-minute video.

The developers of Sucker Punch have presented us with various aspects of their title which will arrive on July 17 next exclusively on PS4. You will be able to thus benefit from several environments which it will be allowed to visit on horseback by following the direction of the wind, by using certain elements (smoke in the distance in particular) or with the help of foxes which will lead us to hidden shrines

. For the moment, we do not yet know the superficiality of the map but this gameplay nevertheless presents us with several disparate places taking advantage of different tones.

You will also be able to learn a little more about the combat system which will allow you to choose between two paths, that of the warrior by playing a samurai quick to face in a duel with many opponents or that of the ninjutsu by favoring infiltration. Finally, in addition to the presentation of the Photo mode and a Cinema mode (in order to play in Black & White in a format close to 2.35: 1, in the purest cinematic style), you will also have the possibility of discovering the personalization of Jin , the hero of Ghost of Tsushima, who will be able to put on several armor synonymous, besides the aesthetic aspect, with several physical advantages.

Confirmed: GTA 5 free at Epic Games Store from today to May 21