Grounded is the new Obsidian game, creators of Fallout New Vegas, The Outer Worlds, and Pillars of Eternity. These RPG masters were acquired by Xbox several years ago and since then they have announced a new project, an IP that puts us in our worst nightmare. Shrug and face horrendous critters that live in the courtyard of the house. Although this proposal is far from what the studio has done so far, putting ourselves at the controls and testing it in our meats perhaps changes our point of view.

Just to test the game we will not have to wait too long, since on June 9 a demo of Grounded will arrive on Xbox One and PC. Although we can only play it until June 14, as detailed on Xbox Wire. In order to play the demo on Xbox One we have to be part of the Xbox Insider Program

, while on PC we can enjoy it through the Steam Game Festival.

Grounded will release its Xbox Insider flight AND participate in the Steam Game Festival on June 9th!

More ways to play the single-player demo means more of you get to play! 🙌

🗓 See you in the backyard on June 9th! 🏡https://t.co/2hPDWx4mHj pic.twitter.com/ACqQ9cxLhf

“We are delighted that you are starting this journey with us and getting into the game, as it is important for us to receive your feedback. The fact that the Xbox Insider and Steam demos are aligned at the same time means that we will be able to receive news from as many of you as possible before the game goes live Xbox Game Preview with Xbox Game Pass Ultimate and Steam Early Access on July 28 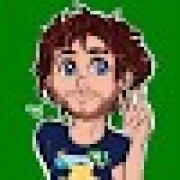 Xboxer for some, sonyer for others, but do not see what I like to enjoy on both platforms. Playing since I can remember and taking advantage of the minimum to tell you how much I love Hideo Kojima.

Valorant will appear in early June