Lux is often a solid choice in League of Legends, in LoR ​​you can only find it in a few decks.

The digital LoL trading card game Legends of Runeterra has been in the open beta phase since the beginning of January. Now the developers Riot Games have announced an official release date: On April 30, 2020 the Hearthstone competitor will leave beta.

As Riot revealed in a new blog post, Patch 1.0 120 new cards find their way into the decks of the players. These are not only spread over the previous regions Demacia, Freljord, Ionia, Noxus, Shadow Islands and Piltover & Zhaun, it should also be complete new region to come – which exactly this will be, is still top secret. The first cards will be revealed shortly.

Patch 1.0 Legends of Runeterra is finally becoming one Mobile client received: So from April 30th you can also play from your smartphone or tablet. If you have already played on the PC, you can easily take your progress by logging into your Riot account in the mobile version, which will be available for Android and iOS. 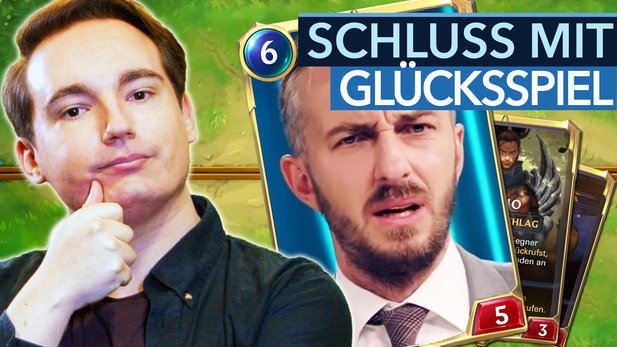 By the way, Open Beta players can use theirs keep complete progress: According to Riot, there should be no wipe. Players who are already playing regularly are therefore allowed to keep unlocked cards, splinters and wildcards and thus have a big lead over newcomers. Those who register before May 7, 2020 will also receive a special one Guardian pet for free

Patch 1.0 also ends the first ranking season. As a reward, all participants receive a badge that shows their highest rank achieved. The ranking list is then partially reset.

If you'd like to try Legends of Runeterra: In our article we introduce you to the best decks, some of which are also perfect for beginners.