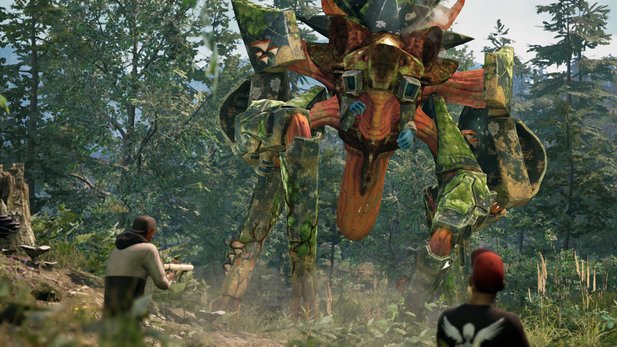 
The Invitation: Dynamic quests and impressive unreal graphics in the trailer

With The Invitation, the German developer studio tool1 has announced its first, extremely ambitious project: In this »PvX-MMO shooter«, the Focus on maximum interaction between players lie – this goes so far that players can create quests themselves.

From this, dynamic gameplay is to be created in an ever-changing open world, which according to the trailer embedded above Unreal engine and vibrant landscape design visually a lot.

That's what The Invitation is about

In 2081, players will find themselves in a dilapidated landscape in Eastern Europe. This time there is no world war or nuclear accident to blame for the apocalypse: humanity became contacted by an advanced alien civilization and has been connected to an interstellar transport network ever since – a large proportion of the earthlings have lived in modern metropolises since then and enjoy the advantages of this eponymous invitation.

However, a few people also had to stay behind: They now follow their own law and fight for loot and important locations like factories or data centers, while enemy aliens and other enemies roam the area.

The Invitation is played from a first-person perspective and looks at first glance like typical loot shooters à la Destiny 2, but the game wants to offer much more.

The big specialty: A dynamic quest system should always provide variety. Events and orders appear everywhere in the open game world, such as battles against aliens or gangs. As a reward for such missions, valuable loot lures.

Since The Invitation calls itself a "PvX game", you can never be sure that there will be additional enemies. A mission can begin as a battle against an AI-controlled alien, but end up as a battle for prey against other players.

The players themselves can also create their own quests: A lot is conceivable, from attacks to emergency calls and invitations to raids on enemy bases. The players also set the rewards for the orders they have placed.

A release is still far away: The team is currently working on the finishing touches to their Kickstarter campaign. This should start as soon as 1,000 members have gathered on their Discord server – around 24 hours after opening the server there are already 150. Interested parties can also follow the progress of the project and ask the developers questions. There is also an own website.

First test phase for backers: The first alpha phase for all Kickstarter supporters is scheduled for May 2021. So far there is no date for an early access release.