Terraria: Otherworld fans use their last chance to release the game.

The Terraria: Otherworld trip shouldn't take place. Because the developer Relogic stopped the project in 2018. But now there may still be a little chance of release.

On the official Discord channel, Andrew Spinks, the creator of 2D Minecraft, said they wanted to release the game's source code. The prerequisite is that the fans can 100,000 signatures and $ 15 to collect. How seriously this statement is meant can of course be questioned.

It is worth a try!

For fans of the game, this little glimmer of hope is better than nothing, and they launched a petition on the Change.org website. So far it has found more than 1,800 supporters. But that's about it still far from the intended goal.

More than a joke? The website PCGamer investigated the studio to find out if they really want to keep their promise. However, the answer is very vague: the developer neither wants to confirm nor deny that something will indeed happen after the goal has been reached.

If the target is reached, however, it is unlikely that the team will do absolutely nothing in the face of such interest. But even if you give out the source code, it contains no assets

. Then modders would have to be found to complete the project.

The trailer shows what Terraria: Otherworld should have been: 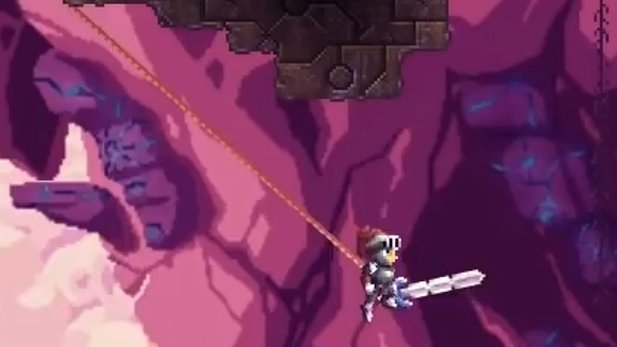 How should Terraria: Otherworld become?

A lot of information about Terraria: Otherworld did not come to light in the short time of its development. It is only known that it should become a Terraria spin-off. The plan was to use the familiar gameplay Role play and strategy elements to mix. Among other things, there should be a special defense gameplay with towers.

What is Relogic currently doing?

After Terraria: Otherworld was discontinued, the team continued to work on Terraria. Update 1.4, which will be released on May 16 and is called Journey's End, is said to be the last. After that, they want themselves turn to a new project. According to their own statements, they do not yet know which this is.