Judging by the demo of Resident Evil 3, the game is doing very well.

The full version of the Resident Evil 3 remake is scheduled for release on April 3, 2020. So that everyone can find out for themselves whether a purchase is worthwhile, the publisher Capcom published a free demo on March 20 – quite unusual for today's conditions. And according to the ratings on Steam, it's really good.

Of the currently more than 5,000 user reviews, 92 percent are positive about the test version. Not even the new Doom Eternal was received so outstandingly, which is praised by “only” 89 percent.

From graphics and sound, through to performance and usability, the newest offshoot from Resident Evil, according to user opinions, does everything "right". The user Red reports the following about the demo:

The graphics are excellent and the performance and voice acting are fantastic, as you would expect from a modern resident evil.

Above all, the nemesis creates an oppressive atmospherewhich is said to be "far more menacing" than Mr. X was in the last part. The new villain will chase you tirelessly and has particularly nasty attacks and heavy weapons in stock, while its speed and maneuverability make it almost impossible to shake off. 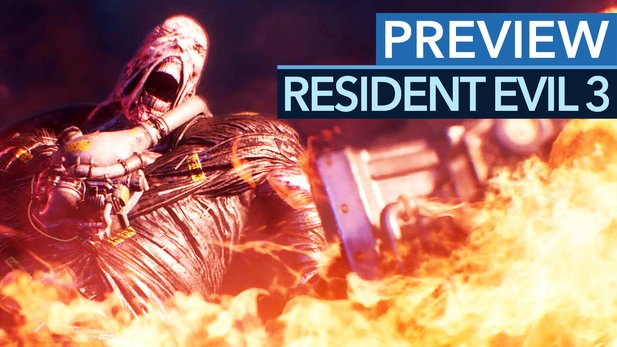 What are the shortcomings?

The problems are in the details. Most often the level of violence criticized by the players. Because at least the demo is supposed to be tamer than the remake of Resident Evil 2. In the newest part, body parts disappear directly and you can no longer split the zombies.

The title-giving nemesis must also take criticism, which can also be found in the positive ratings. Jill Valentine's personal end genge cannot chase you between different areas, but has predetermined hunting grounds. And if you leave them, the adversary completely breaks off his combat animation and simply disappears – which players find somewhat unreliable.

Also a number of technical problems are criticized. The animations of a little further away zombies seem to be limited to 30 frames per second and the physics should also feel strange. Among other things, the opponents no longer have Ragdoll effects as in the predecessor.

The current demo contains only a short excerpt from the game's single player campaign. You can – unlike the first demo of Resident Evil 2 – however Explore freely without time limit and play through as often as you like. On March 27th, the beta phase of the competitive multiplayer mode starts, which you can play until the release.