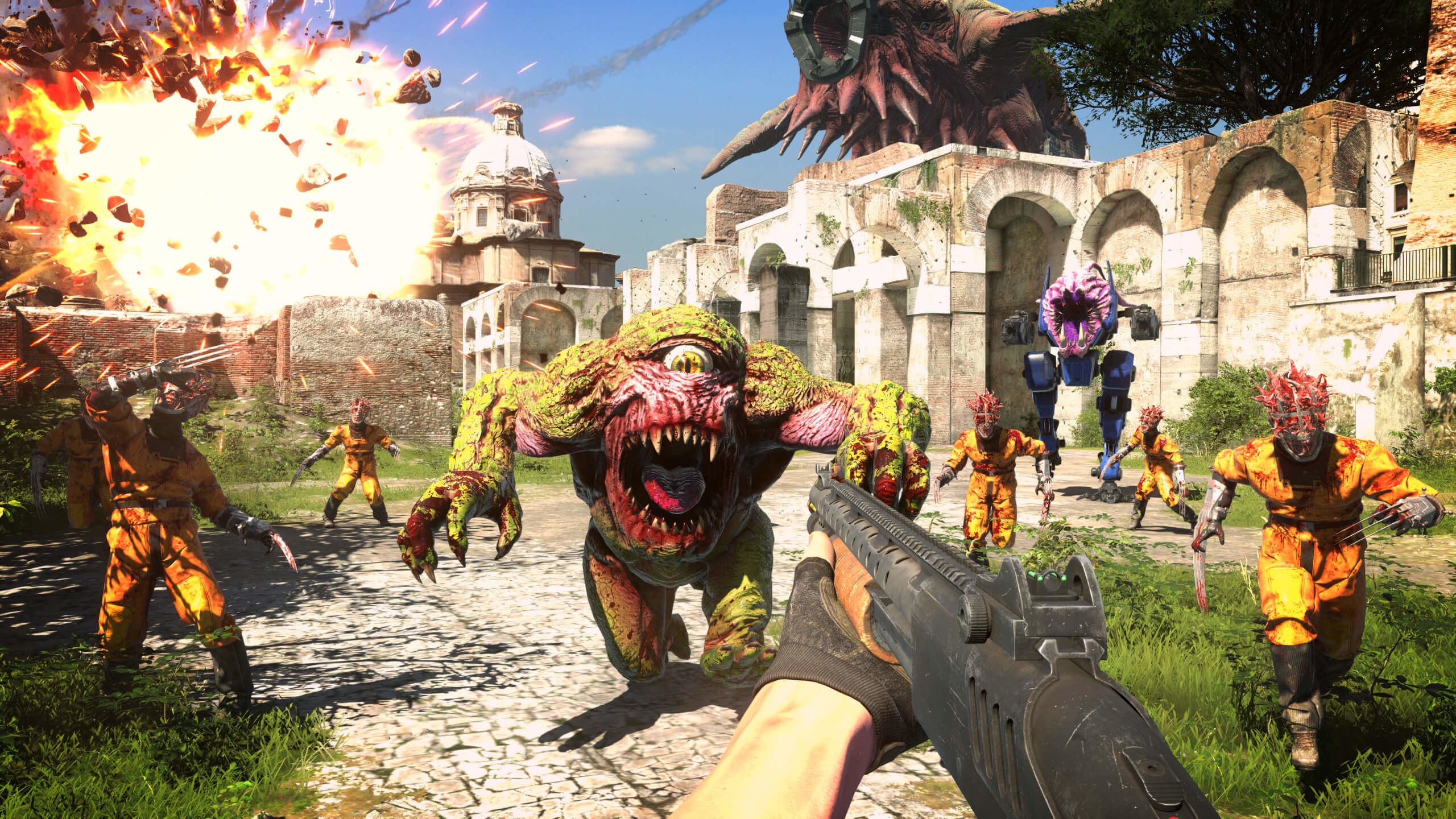 In the new trailer you can see the scene described, but more. In the end we find out when we can plunge into the crazy action again.

In summer it is already so far: Serious Sam 4 will be released in August 2020 only for PC and Google Stadia. Developer Croteam and publisher Devolver are not more precise. Nevertheless, certainly good news for fans of the first-person shooter series, since the latest offshoot had become rather quiet recently.

Hundreds of thousands of monsters and rock hard music

On the new screenshots you can see the monsters in Serious Sam 4:

All kinds of creaking: To survive the onslaught of the hordes, Serious Sam 4: Planet Badass gives you a sometimes unusual arsenal of weapons. Shotguns, assault rifles, rocket launchers, anti-aircraft guns and the like are supposed to transform the demonic hordes into small pieces of wood before they anticipate you.

Hot ears: Music is also covered on the Serious Sam 4: Planet Badass steam site. A rhythmic, hard and driving soundtrack should ensure that you fall into a kind of trance while playing. Even with the predecessors, music was an essential element to underline the threatening atmosphere.

No plans for a fifth season of The Walking Dead game