Theaters of War has a seamless transition between ground combat and space.

At Citizencon 2019, the developer of Star Citizen announced the Battlefield-like game mode Theaters of War for the first time. Now the studio declares that the first tests are still in May 2020 will start.

For a weekend you will be able to try out the battles. The studio has not yet announced whether this will be a closed test phase for a small number of players or a public test.

The first publicly shown Game scenes from Theaters of War

we have picked out here for you again:


In Star Citizen's new PvP mode, you'll fight for control points on the ground and in space

How extensive will Theaters of War be?

Theaters of War will initially include a map on which you can fight battles on foot in vehicles and spaceships two teams of 20 players each will hit.

The objectives of the individual groups differ. While the attackers first take over a spaceport and then destroy a station in space defenders must prevent that from happening.

The game mode is reminiscent of titles such as Battlefield due to the taking up of areas, the mixture of infantry and vehicle battles and the number of players. By taking a space station, the gameplay is just like that Titan mode from Battlefield 2142

in which you had to destroy a kind of mother ship of the opponents.

Battlefield in Star Citizen: Theaters of War will definitely have problems

Does that prolong development?

Star Citizen is often criticized for wanting to implement too many features. However, the developer has previously stated that the rest of the game benefit from Theaters of War becomes.

Because with the Battlefield-style battles, the team wants that Test the balancing of the individual vehicles and weapons

. Since such large battles rarely occur in the normal playable universe, the developer sees Theaters of War as the ideal test environment. 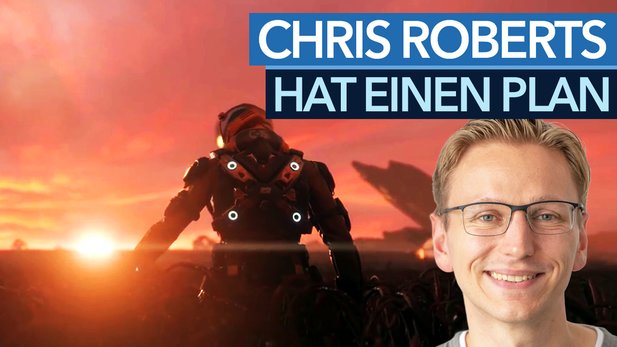 
Star Citizen needs (no) a publisher! – Who controls Chris Roberts?

What will come in May?

In addition to the Battlefield mode, the team announced a new one Update for the development of Squadron 42 to publish. The roadmap for the progress of the single player campaign was only thrown out this year, as it was not suitable to show its condition.

The studio announced further new free flight event where everyone can try Star Citizen completely free of charge. We help all newcomers with a series of guides that will help you from simply finding your spaceship to making quick money.