This article explains how the new competitive mode works in Valorant.

In a blog post, Riot Games explained in detail how competitive play and the associated ranking system work in the tactical shooter Valorant.

It had previously been announced that the ranked mode would be introduced during Valorant's closed beta. So now we're going to find out exactly what the look will be.

Here are the key information about the release:

Valorant vs. CS: GO – The Differences in Gunplay

This is how Ranked in Valorant works

The gameplay of Valorant's rated mode is essentially the same as in the unrated matches, with the difference that you are rated for your performance and ranked in ranks.

How to get in: If you have access to the Beta of Valorant, you can also take part in the Competitive when Patch 0.49 has been released.

How to unlock Ranked: In order to play Rated in Valorant, you have to play 20 unrated matches. With this you should have the necessary practice to measure yourself in competition.

Ranks don't go away: If you do not play competitively in Valorant for 14 days, your rank will no longer be displayed. However, it remains behind the scenes and will be reactivated when you become active again.

Matchmaking with friends: You can play in a group of up to five friends, but all team members must be of a similar level, within two ranks.

Ranks will reset after the beta: What applies to all other advances in Valorant also applies to the Ranked mode. For the full release, all ranks are deleted and you start over. 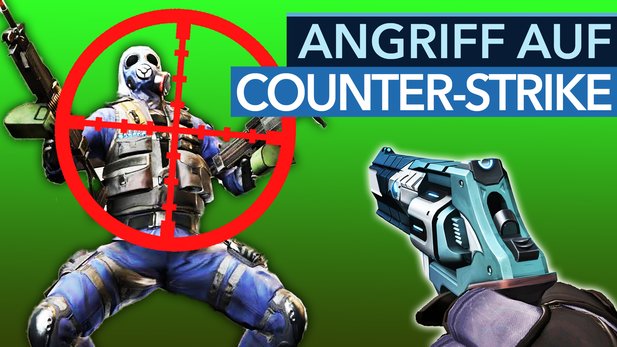 
Valorant – The LoL makers attack CS: GO and could win!

The ranks in Valorant

The matchmaking system lets you compete against opposing teams that are on one play a similar level as you. There are a total of 8 ranks, each of which (except for the highest) is divided into three levels, so-called tiers:

You rise in your levels not only over victories, but also over yours personal achievement within a match. So you will rise faster if you both win games and appear high on the list of the most valuable players.

The other way around, this also applies: You lose ranks faster if you lose and also deliver poor personal performance.

Team play is at the top

The aspects mentioned in the last two paragraphs only play an important role in the lower ranks. The higher you rise the more important it is team performance. In the highest rank “Valorant”, personal performance no longer plays a role in ascents and descents.

In contrast, in all ranks in the valorant-rated it is important how high your team wins or loses. If you literally clean up your opponents, you level up even faster or – at the highest level – cement your top position.

Riot Games further notes that the beta is there to test and optimize the ranked mode. Accordingly, players have to expect changes. Additional elements will also be added to the full release to improve the gaming experience.