After the first trailer for AC: Valhalla disappointed many fans, real gameplay could follow in July.

After Electronic Arts announced a week ago that despite the failure of E3, its EA Play Event would only be held in digital form this year, Ubisoft is now following suit: on Twitter, the French publisher has now announced that it will have its own live stream event in July should take place, which will be called Ubisoft Forward.

Save the date! Join us July 12 for Ubisoft Forward, a fully digital showcase with exclusive game news, reveals and more? Stay tuned … #UbiForward

It should start on July 12 at 9 p.m. German time – and according to Ubisoft, we can look forward to "exclusive news, revelations and more".

Which new games could be announced is not yet known. However, there have been rumors for a long time that Ubisoft might be working on a Prince of Persia series reboot, and new rumors about a new Splinter Cell are regularly emerging.

What could probably be shown:

Fans of the upcoming open-world blockbuster Assassin's Creed Valhalla can also have legitimate hope of finally seeing the right gameplay: Ubisoft already showed a first gameplay trailer last Thursday, but it only contained in-engine game scenes and not a real game happening – and was also extremely scarce with a running time of almost 90 seconds.

Nevertheless, the teaser is full of hidden details, as you can see in the video analysis with Maurice and Heiko: 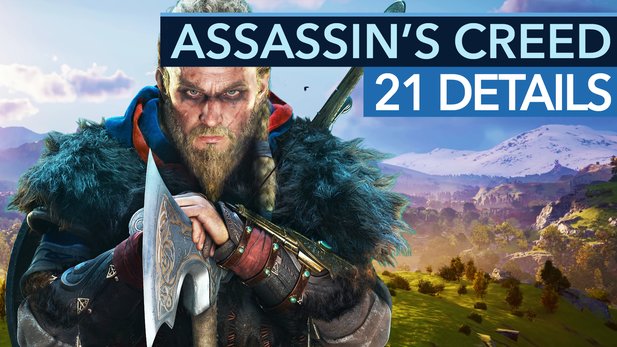 The short clip was not well received by many fans, but creative director Ashraf Ismail promised that deeper gameplay would soon be shown – the Ubisoft Forward would be the perfect stage for it.