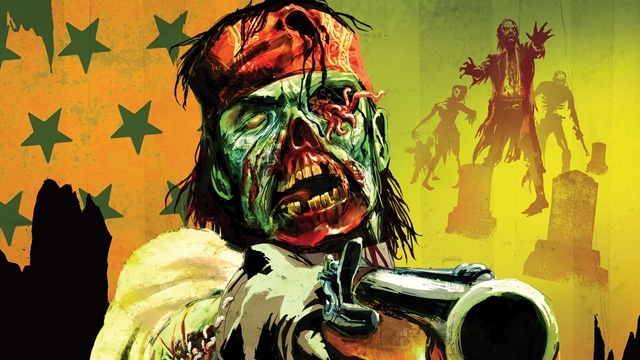 Who wouldn't fancy Undead Nightmare? However, the chances of a single-player DLC for Red Dead Redemption 2 are not too good.

An Undead Nightmare 2 for Red Dead Redemption 2 never seems to be a reality, at least as things stand. But at least one player was recently able to enjoy a hint of the zombie apocalypse: a glitch caused a body to become self-employed without a head or legs and started walking around the area.

Its curious and uncanny encounter with the undead NPC Red Dead 2 player UnrulyLobster shared on Reddit. In it we see how the leg and head-freed remains of the poor devil first started to twitch and then set off. Probably home. With a cigarette where his face should be.

Anyone had this happen? Lol from r / RDR2

Incidentally, this is not the first return of the living dead in Red Dead Online: just a few weeks ago, hackers with riotous two-headed skeletons caused unrest in the multiplayer mode of Red Dead Redemption 2.

What are the chances of an Undead Nightmare 2?

However, an Undead Nightmare DLC for Red Dead Redemption 2 or at least Red Dead Online is not exactly likely. There are both modes in the game worlds various indications of the existence of the undeadHowever, they have led to nowhere.

It is quite possible that these are just Easter Eggs, which do not necessarily have a deeper meaning. Even though fans of Red Dead Redemption would be thrilled to see the return of the living dead and apocalyptic horses. You can find out more from our colleagues at GamePro.

If an Undead Nightmare 2 is actually still a reality, then in doubt it is much more an event for Red Dead Online – and not as a story DLC for Red Dead Redemption 2.

Due to the overwhelming success of GTA Online, Rockstar has already announced that it no longer wants to develop single player expansions and instead focuses on maintaining the online modes – which is much more lucrative for the developer studio.

Advertisement
Related Topics:DeadglitchNightmareOnlineRedReminiscentUndeadZombie
Up Next