Dokapon UP! Mugen no Roulette It was announced this morning for the Nintendo Switch. It is expected to launch on this console and on PlayStation 4 in December, specifically the December 10 of this year.

According to what was shared by those responsible, Aqua Plus

, Dokapon UP! Mugen no Roulette is a collaboration game based on board game mechanics that mixes the universes of the RPG Dokapon series and the Utawarerumono series of tactical visual novel games for adults.

For now it has been confirmed that the title takes place in the world of Utawarerumono and that it features well-known characters such as Haku, Kuon, Hakuowlo, Erurū and more. We leave you with el scan where this announcement has been confirmed: 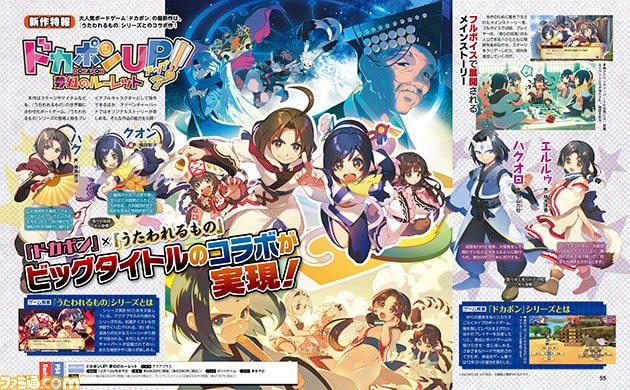