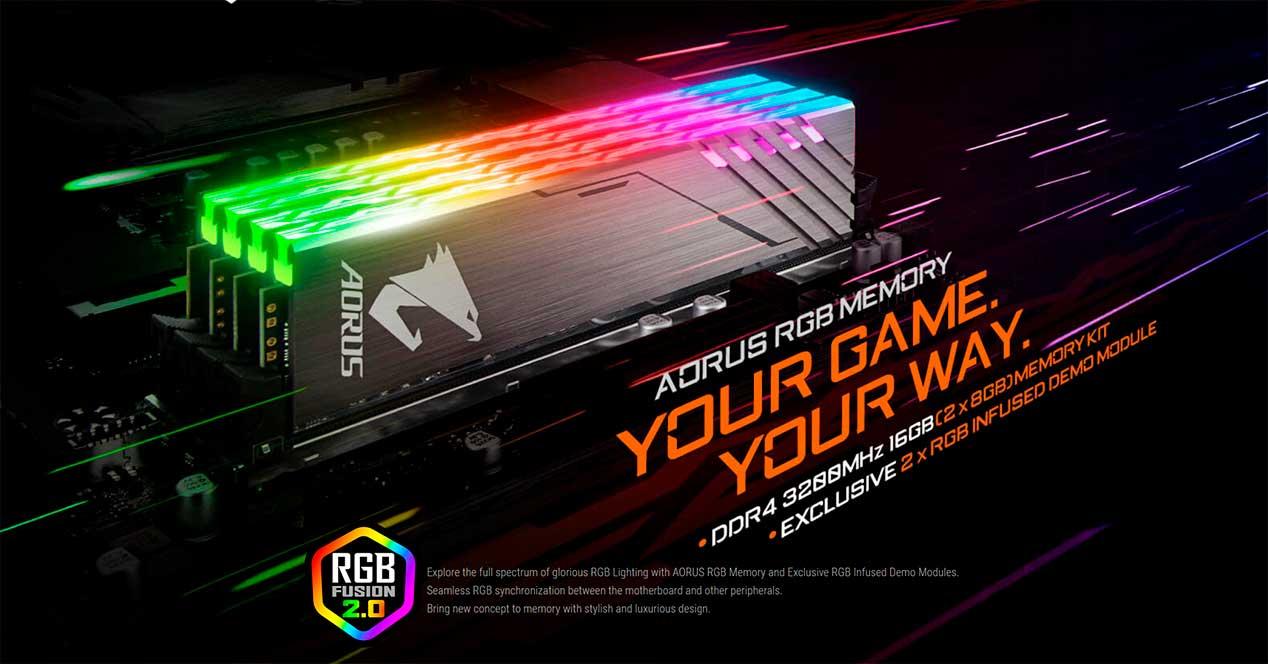 RGB LEDs can be controlled from GIGABYTE RGB Fusion 2.0, which is software with an intuitive interface so that you can customize the 16.8 million colors available in the light of these memories. You can also configure different user-generated effects, in addition to the color, highlighting the effect we would like to compare with our preferences.

Additionally, only GIGABYTE AORUS RGB motherboards have the option called AORUS Memory Encourages which allows us to increase the frequency by adding over the XMP memory profile, reaching 3733 MHz frequency.

Although we do not know whether the time is extended to reach that frequency, since the manufacturer does not provide information related to it.

And providing no information on whether to reach this 133 MHz above the XMP profile, AORUS Memory Boost also automatically increases the voltage to reach that speed. This option is special for AORUS product motherboards and therefore, users with one of these motherboards will be able to benefit from one click of this increase in their working memory.

One notable feature of this kit is the fact that GIGABYTE features two dummy DIMMs that enhance the overall aesthetics and have RGB RGB lamps. It's not something that gives the performance itself, but it's a great addition to those guys and motherboards with 4 Slots available.

This does not mean that increasing the voltage above 1.35V allows us to reduce latency. Or we estimate that because of their 19-19-19 SPD latitudes, they are not Samsung B-Die modules, which we already know are the best AMD forums.

We can say that memories include Hynx chips due to footprint, although this would not have a significant impact on XMP profiles, even if we activate AORUS Memory Boost. In this profile (XMP), latitudes will be 18- 19- 19- 39 below the above frequency of 3600 MHz up to a maximum of 3733MHz with AMB.

And its price is unknown, but it is known that the previous model is around 150 euros, though it does not include dummy modules to fill gaps and improve aesthetics, so this new version may have seen its price increase by some euros. A guarantee of health.

Their availability has not been provided by GIGABYTE either, but they are expected to reach stores and retailers worldwide in the coming months.

How to speed up home connectivity: key tips for improving wifi